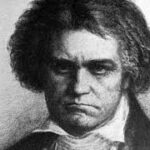 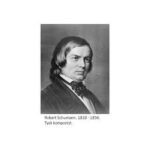 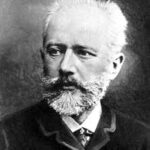 “Music has a way of breaking down people’s offences and capturing their heart faster than just about anything else,” says Grammy-awarded singer-songwriter Dan Hill. ”A message sent through music will get through a lot quicker than words alone.”

The artist behind such hits as “Sometimes When We Touch” and “Can’t We Try” hopes his voice will impact those touched by mental illness as he shares his own experience in song and words at the May 6th High Notes Gala for Mental Health.

“We have a moral obligation to reach out and help people that are suffering from mental health issues. We shouldn’t deny or sweep mental health issues under the rug but accept their challenges and confront them full on and deal with them as honestly as possibly,” he says.

“Mental illness has played a huge role in my own life… It is a part of me,” he says as we talk in his Toronto home after most recently performing in Florida.

Dan’s mother, Donna, was diagnosed as manic-depressive when he was ten. “It was traumatic to have her taken away to the hospital,” he says, “not knowing if and when she would return.” During the two months she was hospitalized, Dan, sister Karen and brother Lawrence, wrote her letters every day. Through it all, his Dad, human right specialist Daniel G. Hill, remained loyal and supportive. His mom had another breakdown, when Dan was in his mid-twenties.

He experienced the power of music when he sang for her in the piano room during hospital visits. “The other psychiatric patients would come into the room and sing along. I could feel the healing as it was happening. There is something very primal and physical about singing and music. It is incredible soothing, relaxes the brain and increases production of feel good emotions and endorphins.”

According to statistics from the Canadian Mental Health Association one in five Canadians live with mental illness every year but only about a third are willing to talk about their own mental health, due to stigma. Dan says he wasn’t ashamed about mental illness when it came to his mom, his aunts and his sister who also went in and out of institutions every couple of years after first being diagnosed as bipolar at 29.

Then, two and a half years ago his sister Karen died a tragic accidental death.

“The trauma of my sister dying made me flip out over the edge. I had a bit of a breakdown and ended up in a psychiatric hospital and that was when I was finally diagnosed as bipolar myself.”

“I know it is not healthy to feel ashamed but nevertheless I felt ashamed when I was diagnosed. I felt ashamed for the behaviour I exhibited when I was manic. I felt I had this glaring weakness,” he says. “I’ve worked very hard to come to terms with this over the last two years, so my shame has lessened.”

“Not talking about mental illness is a bigger problem than the illness itself,”

he says now as he plans to write a book about the experience. “I was in denial most of my life and several psychiatrists missed the diagnosis blaming it on the normal quirkiness of a musician. I went undiagnosed for 40 years.“

Dan hopes he can help others and get them talking and paying attention.

“Many people look at mental illness as a sort of laziness or vanity because you are not displaying any physical differences.  They don’t see it or understand it. They think because you look normal that your behaviour or challenge of mental illness is a weakness of character flaw and don’t accept it as being an actual illness, which of course it is.”

“We have an imperative to be compassionate and empathetic human beings. We are all connected through our humanity. We all have different challenges. If we accept certain other challenges then it is natural that we should be able to accept the challenges of mental health,” he says. “The more loving and supportive we are of the person suffering the better the chances of the person healing,” says Dan who will perform several Valentine’s concerts in the Philippines before headlining at the Flato Markham Theatre in May.