FREEING THE PIECES… WITH WORDS AND MUSIC 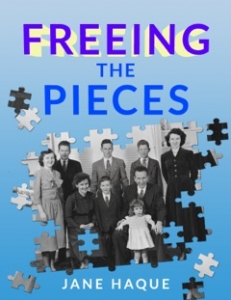 Jane Haque never imagined the High Notes Gala for Mental Health would have such a strong impact on her life.

She was in the process of finishing up her memoir, Freeing the Pieces, but went back and rewrote the last chapters after attending the event on May 6.

Jane, who occasionally suffers from depression, has been an alcoholic for most of her life, though many never knew it. “The only person who had a problem with my drinking was me,” she says, and it was when she declared the addiction and stopped drinking alcohol that she experienced a metamorphosis.

Her memoir is the result of this transformation and she credits the High Notes Gala for helping her free a piece of herself.

Her book launch will take place on Wednesday, July 26, 2017, 7:00 pm, at the Richmond Hill Centre for Performing Arts (Plaza Suite). Jane is very generously donating a portion of the proceeds from her book launch to High Notes Avante’s future efforts.

“What I saw at the Gala was very moving,” she recalls. While touched by the audience listening intensely to the speakers and the exquisite performers, what really struck her was Dan Hill.  “His music evoked something deep within me.”

And she began to weep.

“It was overwhelming,” she remembers. “I could have stopped  crying if I had wanted to, but it was like a release.”

The woman sitting next to her smiled and handed her a tissue. She smiled back and thanked her. The gesture made her feel like her emotions—and her mental illness—were okay.

“High Notes Avante is providing avenues for speakers and performers to share their stories with us and help with that cultural shift. The organization is a leader in the field of erasing the stigma and I wanted to give it a little bit of notoriety,” she says. “Taking away the stigma of mental illness will go a long way towards mental health.” 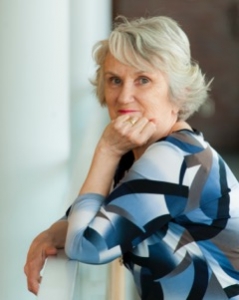 Although doctors told Jane she was depressed, she never admitted it. “I hid it, thinking I couldn’t talk about it. Family and friends didn’t even know of my diagnosis.”

Looking back at her story after the Gala, Jane was reminded of her childhood. As a young girl, she had to be asked to smile in photographs and her parents conditioned her to grin at the right moments. The treatment she received for her depression was the same kind of “performance management”—it was as if she was taught to control her sadness like her parents taught her to control her smile.

“People may see when you have a broken arm; but they don’t always want you to talk about it. But they definitely don’t want you to say you have depression,” she states. “When they can see you have a cast, they want to sign it and wish you well—you’re like a hero. But what do they say when someone has a mental illness? They’re speechless.”

Jane says, “It’s time to have the culture shift from one of stigma to one that is honest, upfront and truthful about something that affects so many people.”

From writing her story, she has learned to free herself and wants to help other people free themselves too. “Everyone has a unique story. And many of those stories may come from trauma and sadness and hurt. We can grow from our personal experiences, and by sharing them, others can grow from our experiences too.”

“This is exactly what we strive for,” says Ingrid Taheri, Artistic & Executive Director of High Notes Avante. “We are very grateful for our small role in helping Jane free a piece of herself. Her story touches my heart. And… her financial support will help us continue to spread the message that people with mental illness are wonderful people who deserve the same compassion as those affected by other health issues.”

ABOUT HIGH NOTES AVANTE: High Notes Avante Productions Inc. is a charitable organization that uses the power of words and music to educate and humanize mental illness. Our ‘TedTalk and Grammy-inspired’ events strive to elevate the image of mental illness and make our audience feel they belong and matter. We aim to erase stigma, give hope and connect with available resources. Perhaps we can start the recovery and healing process with an inspiring evening of music and storytelling. If one in five are affected, we all have a story.