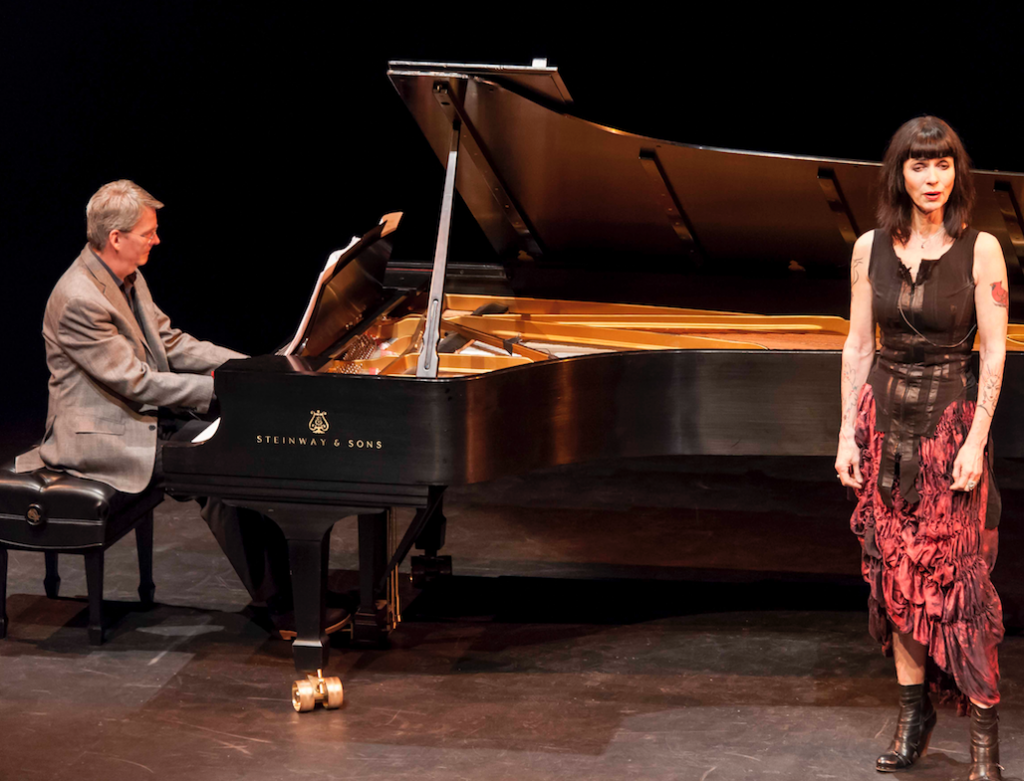 Robert Kortgaard has toured and recorded extensively with soprano Jean Stilwell. Here they are performing together at the April 28th, High Notes Gala

When pianist Robert Kortgaard first performed at the High Notes Gala for Mental Health in 2014, he agreed because tenor Richard Margison, an artist he respected, asked him.

“Once there, I was moved by the fascinating and gripping stories told by both the presenters and performers—people I didn’t know—and there has been no question in my mind that I would participate beyond that first one,” says Kortgaard. “The caliber of the artists is inspiring and so is the cause.”

Kortgaard will perform both solo and collaboratively with Grammy-nominated flutist Ron Korb at the Flato Markham Theatre on May 6th for the 4th High Notes Gala.

Kortgaard grew up in Alberta where he remembers playing by ear at an upright piano that was neglected by his older sister but adored by him. With a natural gift for music he was drawn to the piano and couldn’t imagine doing anything else than playing piano—which he has done ever since. Today, he is one of Canada’s most respected concert- and collaborative pianists.

“I feel fortunate that I had then—and still have today—an internal instinct to create. It has kept me grounded. I feel the same pride and joy now, as I did when I was 9 or 10, when I see the results of my accomplishments and the reaction it causes in other people. It is a tough career to get going. You need all the right elements: support from parents, the right teachers… love. You need within your soul to do it or it won’t happen,” he says from his downtown Toronto home between tours with soprano Rebecca Caine in the Maritimes and baritone Brett Polegato in BC.

“I really value my time spent working towards what I feel deep in my soul that I need to do…. I think other people in the arts community feel the same way—and that the process of creating and participating in the arts is a way to avoid therapy,” he continues. “Playing piano is what I revert to for solace.”

“I might have been a very confused and unhappy person today if we had not had that little piano and I had not found a way to become a musician. It could have had a very disastrous effect on me,” says Kortgaard who has several friends as well as an uncle affected by various forms of mental illness. “They have all helped me develop a sensitivity and awareness to the difficulties people with mental illness suffer from.”

“Although I realized as a young child that my uncle wasn’t what was considered a ‘normal person’—he was just an uncle to me, and I loved him as such,” Kortgaard says. “I quickly overcame the shame and the stigma brought upon us by a generally narrow view of what is normal until our horizons are widened and we gain life experience. I’ve learned a lot about the world by witnessing the way my uncle functions within it. I like to think—I know—I am a better person because it has made me realize that we are not all the same, and that is OK,” he says. Undiagnosed, the now 90-year-old uncle (whom Korgaard recently became a guardian of) worked on the family farm when it became obvious he couldn’t function well in school. “My uncle still managed to have a reasonable good life.”

Kortgaard, whose biggest ongoing project is the Indian River Festival (a summer festival in the PEI he has been artistic director of for 20 years), believes some people are drawn to music because they don’t quite fit into the world. He and long-term partner pianist Peter Tiefenbach have witnessed the effect of music in a young man on the autism spectrum that they have known for about 15 years.

“Many things fascinate him, music in particular. Watching him react to live music and musical recordings is a wonderful thing to observe, “ he says. “To be on stage playing music, creating art that others admire and enjoy, to be able to pass on my joy for music my whole life has been a wonderful thing.”

He believes we all need an outlet for our feelings and it can have a devastating effect and creates a lot of turmoil if we don’t find one. “As musicians we hope to inspire others. Shining a light on mental illness with music is bound to affect a lot of people. I hope giving back with music and bringing arts into other people’s lives may help them heal,” he concludes. “Music and arts is just good for humanity in general.“